Breaking down barriers between kitchen and kids – literally.

Moving into a house already with a desire to change the kitchen isn’t exactly odd these days. These homeowners had an extra motive though for undertaking their kitchen remodel: a 1 ½ year old isn’t the greatest sous-chef, but with a wall blocking sight lines between the kitchen and adjacent living room, leaving her to play around the corner unsupervised wasn’t acceptable either. So they did what any responsible parent would do, they brought us in to tear down the wall.

With design, proper assessment, and engineering done, demo began and the wall came out. A new beam was added overhead and a single column put in place. Integrating one column, as opposed to eliminating them altogether, allowed for some cost savings when dealing with a structural wall – longer beam span=bigger beam=more money.

After demo the kitchen took on its new life. While white cabinets with a marble countertop adorn most of the kitchen, these homeowners opted for an interesting contrast by complimenting with black cabinets and a light wood butcher block countertop for the island. A new black tile floor was laid down, bronze hardware installed and rustic modern lighting added.

No kitchen is complete though without a barn door chalkboard for the pantry, so we custom built one. With some some time in our wood and metal shop, chalkboard paint, and hardware that the homeowner found on Etsy, her little one now has a really big coloring book.

During most of the construction the homeowners opted to live with one of their parents. Towards the end of the construction though they returned to their home and this posed one problem: much like an infant is not a great sous-chef neither are they great construction workers. So, all the tools were relocated to the back patio as an extra precaution to keep them out of reach and maintain a safe living environment.

Congratulation to our friends on their new kitchen, it will certainly serve its purpose as we found out part way through the remodel that another kiddo is on the way.

*Reusable tip: old cabinets were salvaged during demolition and reinstalled by the homeowner in the garage as storage cabinets. I mean, who doesn’t need a bit of extra storage? 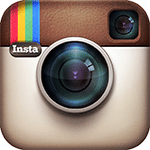 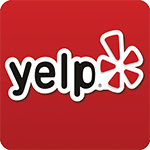